Ed Byus is a man on a mission. After spending 20 years in military service as a helicopter pilot and liaison officer, he has now committed himself to a different mission called Tactical Evangelism. 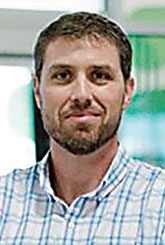 In 2007, while he was in Iraq, he met a chaplain who said to him, “You look like you are struggling a little bit.” Byus told him he was struggling. “I have some issues at home and with all the deployments and everything,” he said.

The chaplain replied, “You are doing all the right things, but you are missing out on the relationship with Jesus.”

He kept in contact with that chaplain for many years. In 2018, his wife divorced him. “That’s when I really hit my knees and asked God, ‘What else?’ The reply I got from God was, ‘You.’ That was my born-again moment, and it completely changed the way I look at everything,” he said.

During that time, he was training with the Tunisia military in Africa. Soon after his mission in Africa, he retired from the military, began attending Simpsonville First Baptist Church and started working for Edward Jones as a financial advisor. He had two kids to help support and raise.

“I was going to work and making a living, but there was always something missing. I really started praying in 2020 and reflecting on where I was in life. I have since remarried, and together we have six kids,” he added.

He met Greg Walker, the founder and CEO of Tactical Evangelism, at a networking event. “The world had changed so much, and threats were continually evolving,” he said. Seasoned missionaries started contacting Walker about the barriers and difficulties they faced in spreading the gospel. “Greg got people who had served with special operations in the military to just talk through and identify the barriers these missionaries faced.”

After coordinating a mission to provide help for a paralytic Honduran girl who was sleeping on a bamboo mat, he was convinced this work was being the hands and feet of Jesus. All the parts of the mission came together when a Honduran helicopter pilot agreed to fly a hospital bed provided by the ministry to the girl’s village.

“That took about a month, but it had a large impact on the village, the missionaries, and even the Honduran Air Force general. He wanted to set up a humanitarian assistance brigade, realizing the forgotten among his people were being overlooked,” Byus said.

“In August of 2021, I left Edward Jones and went all in on Tactical Evangelism,” Byus said. Today he is the full-time COO but has not taken a full-time salary from the ministry yet.

What is Tactical Evangelism? It is a combination of veteran special ops soldiers committed to working with missionaries in America and all over the world to equip gospel-driven believers to reach the lost in difficult areas and situations. That includes a special team they assemble to help ministers on college campuses.

“There are so many different skill sets that special ops bring to the table,” he said. “The biggest thing is how do we understand these barriers and solve these threats with critical thinking in difficult situations? We build relationships with those serving in these areas and strategically think through problems before we get into a particular set of problems. We cannot anticipate every problem the missionaries are going to face, but we can give them a foundation for critical thinking and problem solving in dealing with difficult situations.”

Tactical Evangelism also works with churches that find themselves in a community that does not look like them, often with circumstances or dangerous situations that challenge them.

“We look at the problem and identify what type of team we need to take in. It’s the gospel first. Then we patiently try to develop the right solution for a particular problem,” he added.