Loud praises to Jesus rang out from an auditorium on the campus of Francis Marion University. It was part of a Baptist Collegiate Ministry effort called “God Belongs on My Campus.”

The effort began in 2016 when a small Bible study group of college guys decided to take their love for Christ and passion for making Him known to the campus of FMU. At the time, the group noticed a lack of excitement for the Lord, especially among African-American men on campus.

Their group grew as men started following Christ, getting baptized, and discipling one another through accountability, prayer, and studying the Word together. Within a short time, the idea from the small group became a movement on campus.

In February, the Baptist Collegiate Ministry at Francis Marion hosted its fifth on-campus event of God Belongs on My Campus. Lee Clamp of the South Carolina Baptist Convention was speaker for the evening, and music was led by Monet Heyward, an alumni of BCM and the Francis Marion Gospel choir. A founder of GBOMC, Richard Brown, performed a spoken word piece to kick off the night. 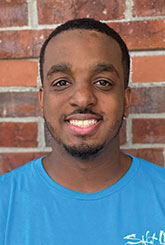 BCM staff wanted to be strategic in both who would lead the night and in the promotion of it. One part of the strategy involved inviting the Gospel choir to perform. Inviting this group allowed BCM to partner with another student organization while at the same time bringing students who may be far from God and introducing them to Him. BCM saved a special section of the auditorium for the choir to sit so they would feel welcome to stay after their performance.

In the weeks leading up to the event, students were given prayer journals to plead with God for the event and for the salvation of students they know on campus who are lost. Each Thursday morning, students gathered at the BCM building before class to pray together. The BCM student leaders also met outside the auditorium the night before the event to pray over all those who would be invited and those who would attend.

Prior to the event, students used paint on car windows and posters for their dorm and apartment windows to shower the campus with invites and create buzz. Flyers were placed on every campus activity board. Students went door to door to invite those in apartments and dorms with postcards.

On the day of the event, BCM students set up outreach tables on two heavily trafficked areas on campus and gave away prepackaged cookies and invite cards. Through an evangelism grant, BCM was able to purchase T-shirts with the GBOMC logo to give away to more than 200 students who attended. 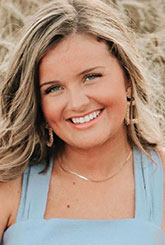 While BCM staff have provided leadership and resources, it has been the ownership of the students to invite their friends and neighbors that has made a significant difference. Jonathan Kyler, a junior from Cheraw, is grateful for BCM and the God Belongs on My Campus initiative. He said, “It is a community of students making sure that the gospel is shared on our campus.”

Savannah Bird, a freshman from Florence, shared that “God Belongs on my Campus meant so much to me for many reasons. The main reason was that I was able to see such a large amount of college students worship and hear the gospel together. In the world we live in, it is rare to see outward expressions of worship, especially on a college campus. … It gave me hope for my fellow college students and their walk with Christ. It showed me that there are others who love God and want to glorify Him.”

“God does belong on each of the 60-plus college and university campuses in South Carolina,” said Chad Stillwell, SCBC Collegiate Ministry director. “Please continue to pray for our campus ministers and their staff across the state as they partner with local churches to connect more students with the life-changing gospel of Jesus Christ.”

— Kendal Danford is the Florence-area collegiate minister with the SCBC.