James Rudy Gray, editor and president of The Baptist Courier, has announced his plans to retire at the end of this year.

“It has been a blessing to serve as the editor of The Courier,” Gray said, adding that his tenure marks 10 years and two months with The Baptist Courier. “The challenges, rewards, and excellent staff have made this decade in my life one of peace and joy,” he added. 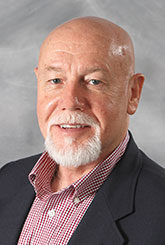 “We are saddened to know that the man who has successfully led The Courier for the past decade will be leaving,” Shipe said. “He has instituted and skillfully managed significant changes to keep the publication in the forefront of Baptist state newspapers. He has worked diligently with new approaches ranging from totally changing The Courier to a magazine format to various innovative ways to keep The Courier financially sound.

As editor, Gray fulfilled a commitment made to South Carolina Baptists when he assumed the role — to make The Courier “a great resource for the church and for individual Baptists.”

“The Courier has been blessed to have Dr. Rudy Gray as its editor,” said Gary Hollingsworth, executive director-treasurer of the South Carolina Baptist Convention. “His passion for telling the stories of South Carolina Baptists coupled with years of pastoral experience and his professional journalistic talent make him a rare gift.

“We congratulate him on his upcoming retirement and are confident God will continue to use him in great ways in future days,” Hollingsworth said. “On behalf of the South Carolina Baptist Convention, we say, ‘Well done, good and faithful servant!’ ”

As a student at Anderson University, Gray served as sports editor for the yearbook and the campus newspaper and later was editor for the paper. He also was a sports writer for the Anderson Independent, a daily general-circulation newspaper.

After attending Anderson and Southern Wesleyan universities, Gray earned Master of Theology and Doctor of Ministry degrees from Luther Rice Seminary. He also earned a master’s degree in counseling at Liberty University.

His career path changed after he accepted a call into pastoral ministry, but Gray never lost his “thirst” for journalism throughout his ministry. In addition to Utica Baptist Church in Seneca, where he had served 18 years at the time of his election as editor, he was pastor of Roebuck Baptist Church, First Baptist Church of Central, and Unity Baptist Church in Starr.

Prior to becoming editor, Gray served as SCBC president in 2009 and as a parliamentarian. He was a board member and trustee chairman for New Orleans Baptist Theological Seminary and a trustee for Anderson University. He served two five-year terms on The Courier’s board in the 1990s.

Gray is certified by the National Board of Certified Counselors. He volunteered at a men’s alcohol and drug recovery campus for 20 years and was an original board member of Carolina Pregnancy Center in Spartanburg.

In addition to his most-recent books, “In the Shadow of the Angels” and “You Can Live Until You Die,” Gray is author of four others: “Will the Real Pastor Please Stand Up,” “Worry: The Silent Killer,” “Jude: The Alarm Has Sounded,” and “Marriage That Works Is Work.”

Gray and his wife, Anne, a retired high-school math teacher, have three married daughters and four grandchildren. They will continue to reside near Easley, where he is building a basketball court to play with his grandchildren (and other challengers) — and “blessing” his neighbors by playing his saxophone.

Gray said he will miss the work, the staff, and the connection to South Carolina Baptists. “At the same time, I will enjoy more time with family,” he added. “I know I will need to do something after I retire (my wife has told me so), and I would like the opportunity to preach, teach, and counsel people.

“As I leave The Courier, I do so with great satisfaction and gratitude for this wonderful opportunity God has given me,” Gray said.

Other trustees serving with Chairman Shipe on the search committee for the next editor include Wes Church, Nadine Chasteen, Steve Crowe, and Davey Hiott.