Editor’s Note: The Southern Baptist Convention’s Sexual Abuse Task Force released the results of an independent investigation by Guidepost Solutions on Sunday, May 22, at 4 p.m. This story contains a synopsis of the results of the nearly 300-page report which can be read in its entirety at sataskforce.net.

Southern Baptists are still trying to digest the enormity of the results of an independent investigation by Guidepost Solutions on behalf of the Sexual Abuse Task Force that was assigned the task of investigating how the Southern Baptist Executive Committee handled sexual abuse cases within a 21-year time frame from 2000 to mid-2021.

The task force and resulting investigation was authorized by messengers to the 2021 annual meeting in Nashville after a recommendation from Tennessee pastor Grant Gaines of Murfreesboro and North Carolina pastor Ronnie Parrott.

In an introduction on the task force’s website, they wrote:

“We grieve for what has been revealed in this report. We lament on behalf of survivors for how they have not been protected and cared for as they deserve and as God demands. With broken hearts, we want to lead the way by publicly repenting for what has happened in our convention. We implore our Southern Baptist family to respond to this report with deep repentance and a commitment to the ongoing moral demands of the gospel as it relates to sexual abuse. We must resolve to give of our time and resources to not only care well for survivors of sexual abuse, but to provide a culture of accountability, transparency, and safety as we move forward. We acknowledge that any act of repentance requires ongoing, deliberate, dedicated obedience and sacrifice. This is the calling of our Savior to unite as a body in following after Him.

“As we are brought face to face with the sin that has been done, especially in the name of Christ and in our own community, we can be tempted to want to minimize what has happened or to look only at the most obvious wrong actors. We must resist the temptation to minimize, to look away, to find the easy ‘scapegoats’ for what was uncovered in this report, and instead ask, ‘What could we have done better?’ and ‘What should we do now?’ As a Convention, we did not hold our own leaders accountable, and we did not listen to the warnings. Leaders had access to expertise but chose not to seek assistance, and in some cases, rejected any assistance that was offered.”

The report revealed that “for almost two decades, survivors of abuse and other concerned Southern Baptists have been contacting the Southern Baptist Convention (SBC) Executive Committee (EC) to report child molesters and other abusers who were in the pulpit or employed as church staff. They made phone calls, mailed letters, sent emails, appeared at SBC and EC meetings, held rallies, and contacted the press … only to be met, time and time again, with resistance, stonewalling, and even outright hostility from some within the EC.”

In its executive summary of the report, Guidepost Solutions noted their investigation revealed that “for many years, a few senior EC leaders, along with outside counsel, largely controlled the EC’s response to these reports of abuse. They closely guarded information about abuse allegations and lawsuits, which were not shared with EC trustees, and were singularly focused on avoiding liability for the SBC to the exclusion of other considerations. In service of this goal, survivors and others who reported abuse were ignored, disbelieved, or met with the constant refrain that the SBC could take no action due to its polity regarding church autonomy — even if it meant that convicted molesters continued in ministry with no notice or warning to their current church or congregation.”

The report revealed names of several prominent Southern Baptists who were either accused of sexual abuse or were involved in covering it up. One of those accused in the report was former SBC president Johnny Hunt, who has denied the allegations.

Baptist leaders have responded swiftly to the report. 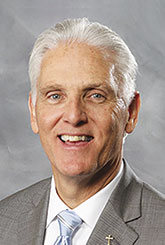 “We are grieved by the results of the Southern Baptist Convention Sexual Abuse Task Force report,” said Gary Hollingsworth, South Carolina Baptist Convention executive director-treasurer. “Foremost, we are grieved for the survivors who have been overlooked, unheard, or dismissed. We lament the actions and abuses that have brought us to this point. In the midst of this grief, we are not without hope.

“At the South Carolina Baptist Convention annual meeting last year, we commissioned our own Sexual Abuse Task Force to respond and apply the results of the national report to our own internal processes, as well as the resourcing of our 2,100 South Carolina Baptist churches,” Hollingsworth continued. “We take this report seriously, and as we move forward with the work of the Great Commission, we look forward to serving each church and every life with the hope of the gospel, realizing that we are in challenging days but that we are called to be salt and light in these times.

“Here in South Carolina, we are committed to taking the necessary steps to protect the vulnerable and care for the abused and do our part to lead the way.” 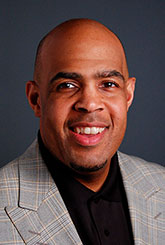 “This afternoon we received — and are reviewing — the report from the Sexual Abuse Task Force.

“To the members of the survivor community, we are grieved by the findings of this investigation. We are committed to doing all we can to prevent future instances of sexual abuse in churches, to improve our response and our care, to remove reporting roadblocks, and to respond to the will of the messengers in Anaheim next month.” 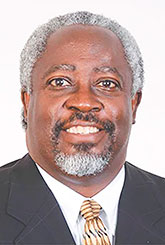 “This important report reflects months of thoughtful, careful, and diligent work by chairman Bruce Frank, task force members, and Guidepost Solutions. We sincerely express our heartfelt appreciation for their diligent and thorough work.”

They observed that the report “is the beginning of a season of listening, lamenting and learning how to address sexual abuse in the Southern Baptist Convention. And this report contains recommendations to guide us how to appropriately respond to”:

“God has blessed the Sexual Abuse Task Force and Guidepost with His wisdom in developing this report and offering insight into how we all can take steps to eliminate sexual abuse within the Convention. In striving for this goal, we recognize there are no shortcuts. We must all meet this challenge through prudent and prayerful application, and we must do so with Christlike compassion,” the two men agreed.

The SBC Executive Committee called a special meeting on May 24 to discuss and process the report and “to closely examine the findings and recommendations of this report and begin formulating how they might be incorporated into Southern Baptist Convention polity and structure.” 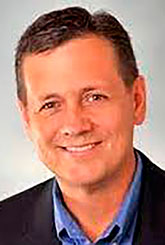 Kevin Ezell, president of the North American Mission Board, released the following statement after the report, which brought allegations against Hunt, now a staff member with NAMB.

“The work of the Task Force is important for our convention and for the healing of survivors. The details in the report, which we are just now beginning to process, are egregious and deeply disturbing. We honor the courage of the survivors who came forward. We are praying for survivors and their families, for our churches, for wisdom, for discernment, and for the humility to use this report for God’s glory.”

Ezell noted that on Friday, May 13, prior to his knowledge of the report’s detailed allegations, Johnny Hunt resigned from NAMB as senior vice president of evangelism and leadership, effective immediately.

“Out of respect for the investigation of the SBC Executive Committee, we chose not to speak publicly about this resignation until after the Task Force report was released. Prior to May 13, I was not aware of any alleged misconduct on the part of Johnny Hunt. I learned the details of the report today along with the rest of our Southern Baptist family.”

• Upon completion of the SATF duties, first form an Independent Commission and later establish a permanent Administrative Entity to oversee comprehensive long-term reforms concerning sexual abuse and related misconduct within the SBC;

• Create and maintain an Offender Information System to alert the community to known offenders. Make the OIS available to churches on a voluntary basis;

• Create a voluntary self-certification program for churches, local associations, state conventions and entities based on implementation of “best practices” to bring awareness to, and enhance prevention of, sexual abuse;

• Improve governance controls, including the use of enhanced background checks, Letters of Good Standing and Codes of Conduct to voluntarily strengthen hiring standards and improve governance;

• Restrict the use of nondisclosure agreements and civil settlements, which bind survivors to confidentiality in sexual abuse matters, unless requested by the survivor;

• Adopt a “Declaration of Principles” setting out fundamental standards regarding how sexual abuse allegations will be handled at every level of the SBC, and how those who report will be treated going forward. These Principles may provide a model for SBC entities, state conventions, local associations, and local churches to adopt and follow; and

• Acknowledge those who have been affected by SBC clergy sexual abuse, through both a sincere apology and a tangible gesture, and prioritize the provision of compassionate care to survivors through providing dedicated survivor advocacy support and a survivor compensation fund.

• Formalize and improve the CC’s processes and procedures, adopt standards for CC determinations and establish standard process timelines in order to provide timely and transparent decisions;

• Empower the CC to better communicate with survivors and churches by providing trauma and sexual abuse training for CC members, and hiring a trauma-informed Survivor Care Support Specialist to provide care and open communication to submitters/survivors;

• Improve the online Reporting Portal to be survivor-care focused and assess the technology applications to improve CC functionality, auditability and response;

• If necessary, allow the CC the ability to engage and consult with experts on an extensive inquiry for a submission.