South Carolina Baptists are among dozens of Southern Baptist Disaster Relief volunteers from across the Southeast, along with Send Relief (the compassion ministry of Southern Baptists), who are providing resources for meals and flood relief supplies to help with recovery following the historic flooding that deluged Eastern Kentucky in late July.

“The destruction is absolutely catastrophic everywhere you look, and it’s very widespread,” said Ron Crow, SBDR director for Kentucky Baptists. “It’s going to take months to recover from, if not years. The significance of how bad this is, is just indescribable.” At least 37 people are known to have been killed by the floods. 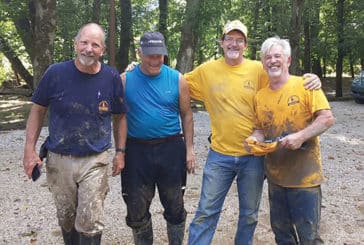 “We are honored to be asked by Kentucky Baptists to serve those affected by the recent floods. South Carolina Baptist Disaster Relief volunteers have stepped up in an amazing way to respond to the request for help,” said state DR director Susan Peugh. “We are grateful for the generous gifts of South Carolina Baptist churches that allow us to respond to urgent needs,” she added. 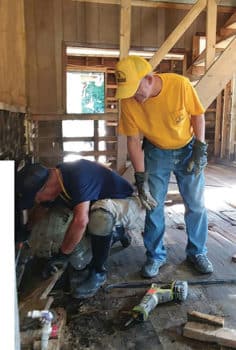 Beaverdam Baptist Association’s mud-out unit, based out of Utica Baptist Church in Seneca, was one of the first to arrive.

“These people are in great need of help. Many have lost everything they own,” Curry said. “The needs are great, but ‘the laborers are few’ (Matthew 9:37).”

Kerry Sartain, an assessor with the Beaverdam team, shared a story about a “providential assignment” on which Chip Wood accompanied him as a chaplain to assess a job.

“When we arrived, we found the homeowner sitting on the porch in pain, with a serious foot problem,” Sartain recalled. “It turns out that we were assigned this address by mistake, as it already had been assessed,” he continued. But Wood is a retired physician, Sartain noted, and he was able to examine her foot and make recommendations for treatment.

“Once you have that first experience of helping people in a disaster situation, you want to keep going back,” said Sartain, a retired electrical control systems engineer who also is a member of Utica Baptist Church. “God is always intervening in the work and bringing miraculous connections together. Just the way the teams are formed with the variety of skill sets that come together is always amazing.” 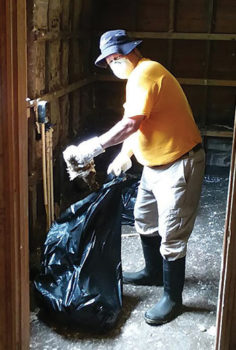 Doug Kierstead, a volunteer with the Beaverdam unit, removes debris after the sheetrock and subfloor are removed from a flooded home.

A team from Greenville Association arrived a couple of days after the Beaverdam unit, and South Carolina Disaster Relief was working to line up teams for three to four more weeks. Other units from South Carolina serving in Eastern Kentucky include Edgefield, Kershaw and Waccamaw associations.

“Each week of August, we had two to three units there, plus the support teams that make their work possible — cooks, laundry personnel, and administrative teams,” said Sue Harmon, SCDR operations manager.

As of Aug. 10, 45 homes had been assessed, and three jobs had been completed. Almost all of the houses assessed were so bad that it may take well over a day for a team to complete a job, even though the houses are not large, Curry said. Beaverdam’s first job, for example, took two-and-a-half days.

Each mud-out team also has a chaplain to talk with homeowners while the team clears out ruined furniture, carpet and sheetrock from their houses. Team members then pressure wash the exposed studs and spray for mold prevention. Before departing, they pray with the homeowners and present Bibles to them that are signed by the team members.

“One of the most unique things about this disaster is the region that’s been hit,” said Coy Webb, crisis response director for Send Relief who served in Disaster Relief in Kentucky before transitioning to Send Relief. “A bunch of small towns are being impacted, and many have seen their entire home get washed away. This is an opportunity for Southern Baptists to serve and proclaim the hope of the gospel in these communities and see lives changed.”

In August, Send Relief was resourcing SBDR with several shipments of recovery items. The first van-full of supplies was delivered to Whitesburg, Ky., including 40 gallons of ShockWave and 350 crisis backpacks filled with food, hygiene items, a first-aid kit and more to help survivors in the aftermath of a disaster.

“We are grateful to our SBDR network because we are receiving help from multiple states,” Crow said. “We are grateful for the cooperative network we have among our Baptist family.”

— Brandon Elrod of the North American Mission Board contributed to this story.