When people think of Jesus, they rarely think of someone who made people very angry. They often think of a mild, harmless individual softly reaching out to someone in need. Although Jesus was meek and compassionate (Matthew 11:28-30, Mark 6:34), the Lord
often made people extremely angry with His words. John, in chapters 5 and 6, shows us this confrontational side of
the Lord.

Last month, we saw that after Jesus healed the man who didn’t really want to be healthy (John 5:6), the authorities were infuriated that Jesus told the man to carry his mat on a sabbath. At this point, Jesus could have simply pointed out how they weren’t interpreting Scripture rightly, but He didn’t take that approach. He told them that He, like His Father, had a right to work on the sabbath. In other words, He was saying that He had a right to do what no other human being at that time had a right to do (5:17-18). He had a relationship with God, His Father, that was far different than any other human being could have (5:19-29). Jesus points to the witnesses of these truths: the words of John the Baptist, the miracles He had performed, the Father Himself, and Scripture. We see through these statements that He was and is, as the old creed says, “very God of very God.” 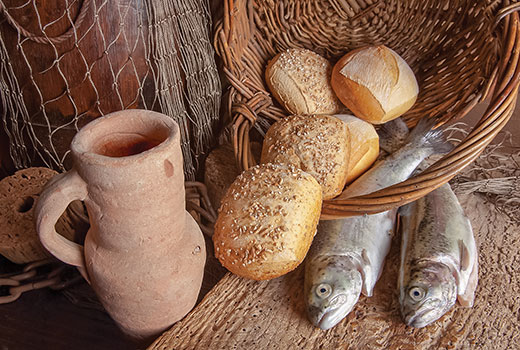 John 6 gives us one of the only miracles that all four evangelists give: the feeding of the 5,000. As in Moses’ day, Jesus miraculously feeds a huge crowd in the wilderness. They first try to make Him king, but after he refuses they don’t believe in Him. They want to be wowed again before they will believe. Jesus tells them that God is doing something for them that He didn’t do for those in Moses’ day. God, in giving Jesus, is giving living bread that, unlike manna, will enable a person to be raised up and live forever. Many people get angry and leave Jesus over these words, but the apostles continue to believe in Him because of His words (John 6:68-69).

What do these chapters teach to those who want to be His witnesses today? First, Jesus was willing to make people angry. The real Jesus is “crucifiable”; he is a person who made some people so angry that they crucified Him. It’s foolish to try to be more popular than Jesus.

Second, witnesses know that if anything offends, it should be the message and not the messenger. Jesus didn’t anger people because He loved confrontation or wanted to be a contrarian. He confronted people with the truth that their souls desperately needed (John 5:34). What angered them was the authority He has. He has access to the Father that no created being has. He is the only one who can call the dead to life with His words. He is the only bread that gives eternal life.

Third, modern-day witnesses know that their job is to testify; they leave God to draw others in (6:44). The words of Jesus will separate individuals. Some love popularity too much to accept the divinity of Jesus (5:44). Others recoil at their need for another human being to be broken like a loaf of bread for them to live eternally (6:57-60). Yet God assures us that others will see the message for what it is: words that give eternal life.