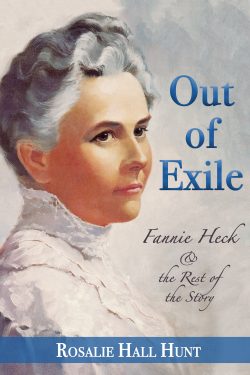 Rosalie Hall Hunt, a chronicler of influential women who have shaped missions thinking and practice in America, has released her latest book, “Out of Exile: Fannie Heck & the Rest of the Story.”

“Out of Exile” weaves together archival sources, personal letters and Heck’s own published words to tell the story of a young woman who played a key role in the foundation of Woman’s Missionary Union and, for the rest of her life, helped grow WMU into the largest women’s missions organization in the world.

“Fannie Heck made more contributions to the foundation and development of Woman’s Missionary Union than did any other single woman in our missions history,” said Hunt. “Pick up a Missions Mosaic, use prayer patterns, engage in mission study and in mission action, lead Mission Friends, GAs, RAs and YWA — and you are part of something begun by and refined by the inimitable Fannie Exile Heck.”

Linda Cooper, president of national Woman’s Missionary Union, said that Heck, “with her gift of vision, was determined to mold the presidency of WMU into a meaningful office that would impact all generations to follow” and that she “impacted her entire denomination in an era when there were few women leaders.”

Joy Bolton, executive director emeritus of Kentucky Woman’s Missionary Union, said WMU owes much to Heck for “her tenacity as a leader of women.”

The book’s title is taken from the main character’s full name: Fannie Exile Scudder Heck. Heck’s father, who served as an officer in the Confederacy and was captured and later released, moved his family away from Richmond, Va., when fighting seemed likely there. Fannie was born in 1862 during the period when her parents were in “exile” in Buffalo Lithia Springs, Va.

After the war, the Heck family settled in Raleigh, N.C., where as a young woman Fannie developed an intense interest in missions and dreamed of an organization for women in the South to be actively involved in supporting missionary efforts. She was at the landmark organizational meeting of WMU in 1888 and served 15 years as national WMU president, more years than any other leader in history. Her influence — through her writing, public speaking and the sheer force of her personality — thrived far beyond her death in 1915.

More than one hundred years after she lived, Fannie E.S. Heck’s insights are “as fresh as this morning’s cup of coffee,” said the author. “Out of Exile” tells the little-known details of the real Fannie, of the beautiful little girl, of life in the Heck home, and of her inner heart and thinking. 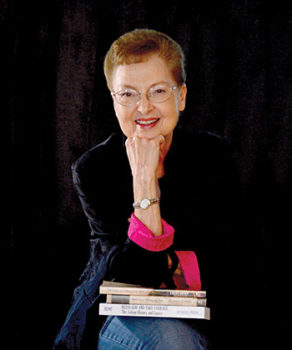 Hunt is a retired missionary who grew up as a “missionary kid” in China. With no TV or radio, her favorite hobby was reading biographies of “real-life people whose lives were even more fascinating than fictional characters.” She also saw the “real-life” missionaries whose lives prompted her to find God’s purpose for her and to channel her passion into service.

When Hunt retired from missionary service, she kept receiving opportunities to travel and speak. The more she researched and learned about her pioneer missions heroes, the more she wanted to know about them — to “dig below the surface and learn the motivations and real stories” behind what was already written.

Even though information about early women in missions was hard to come by, “I wanted to tell their stories and learn what fired their call to service in a period when women were considered as rather negligible in sacred service,” Hunt said.

Hunt said Fannie Heck likewise was inspired by strong women who came before her, including Ann Judson, Lottie Moon and Hephzibah Jenkins Townsend. “The stories of these remarkable women is very under-told,” Hunt said, “My passion is to make their work and lives come alive so that people today can see possibilities in themselves.” (Hunt has previously published biographies of Judson and Townsend.)

As a writer, Hunt said she tries to “get inside the heads” of her characters. “I try to picture them at work, as they thought and wrote, and touched and blessed those around them. The ‘film inside my head’ might picture a scene and hear them talking and, sometimes, thinking aloud.”

Indeed, Hunt’s books “are full of history, but read like novels,” according to Ruby Fulbright of North Carolina, vice president emeritus of Baptist Women of North America. She said Hunt’s books “bring great wisdom and compassion to our work today,” but they are also “full of fun, containing little-known facts that make them page-turners.”

As a missionary, Hunt taught in Myanmar, South Asia, Australia, the Philippines, China, Hong Kong, and Taiwan. She is a member of the board of directors of the national WMU Foundation. She has served as president of the Alabama Woman’s Missionary Union and recording secretary of national WMU.

Hunt is the author of “Bless God and Take Courage: The Judson History and Legacy,” “Her Way: The Remarkable Story of Hephzibah Jenkins Townsend” (Courier Publishing), “The Extraordinary Story of Ann Hasseltine Judson: A Life Beyond Boundaries,” “We’ve a Story to Tell: 125 Years of WMU,” and other books and articles.

“Out of Exile” is available at RosalieHallHunt.com and major online booksellers.

All About the Miracles

Joy Comes in the Morning 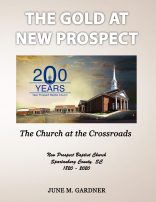 The Gold at New Prospect

The Church at the Crossroads