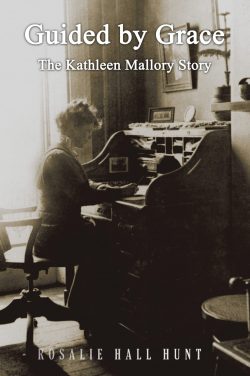 Over the last 20 years, when Rosalie Hall Hunt wrote books about such missions trailblazers as Fannie E.S. Heck, Ann Judson and Hephzibah Jenkins Townsend, a name that kept coming up in her research was Kathleen Mallory.

Hunt said that Mallory, the longest-serving executive leader in the history of Woman’s Missionary Union, remains a “steady echo” in the story of Southern Baptists’ mission to take the gospel to the ends of the earth — more than a century after Mallory began her 36-year tenure at the helm of WMU.

Now Hunt has brought Mallory’s story to life in “Guided by Grace: The Kathleen Mallory Story.” 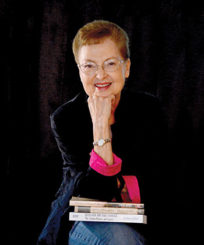 “As with each of the missions heroes whose stories I have delved into, Kathleen Mallory did not disappoint,” said Hunt. “I emerged after long periods of research astounded at her continuing influence and with a fresh appreciation for her ongoing effect on missions in this new millennium.

“Her influence is a fragrance that lingers in countless areas of missions concern,” said Hunt. “Discovering the numerous occasions in which she literally preserved the ministry and functioning of both the Foreign Mission Board and the Home Mission Board was an eye-opener. She was responsible for saving both missions agencies from bankruptcy, which in turn would have forced our missionaries to leave their posts.”

Hunt grew up as the child of missionaries in China, and she often heard her mother and her Aunt Grace (also a missionary) speak of their friend Kathleen Mallory in reverent tones. Hunt’s aunt traveled on the same ship that took Mallory on her “epic” trip to China and Japan in 1923. Mallory was also a frequent guest at the Woman’s Training School when Hunt’s mother was a student at Southern Seminary.

When Hunt and her husband, Bob, retired after serving as international missionaries, they settled in his home state of Alabama, and “if you are a Baptist in Alabama, you know the name Kathleen Mallory,” said Hunt. The state convention’s missions offering was named for Mallory in the 1940s.

But Hunt also discovered that even though many Baptists knew the name Kathleen Mallory, they had no idea of the “incredible influence of that tiny lady” on Woman’s Missionary Union and the Southern Baptist Convention.

A biography of “The Sweetheart of Alabama” was written nearly six decades ago, but “nearly all who knew the name did not know the remarkable woman behind it,” said Hunt. “Here was a story needing to be told to a new generation.”

Hunt said the little-known secret behind Mallory’s “phenomenal” success was her prayer life. “Digging into her story and understanding her life of prayer became an inspiration for me,” said the author.

“Miss Mallory once famously said, ‘Our giving should be fragrant with self-denial,’ and her own life was fragrant with service for the cause of Christ,” said Hunt. “Kathleen Mallory’s lasting contributions to missions and her beloved denomination continue to emanate their fragrance.”

Linda Cooper, president of National Woman’s Missionary Union, said Hunt “navigates us into the heart and mind” of Kathleen Mallory, whose story is “brought to life by one uniquely gifted woman writing about another.”

Jennifer Davis Rash, editor-in-chief of The Alabama Baptist, said Hunt has a “unique style of transporting the reader into the same moment, same conversation and same experience” as the subjects of her books.

A sought-after speaker, Hunt is a retired Baptist missionary and has taught in Myanmar, South Asia, Australia, the Philippines, China, Hong Kong, and Taiwan. She is a member of the board of directors of The Alabama Baptist and the National WMU Foundation. She has served as president of the Alabama Woman’s Missionary Union and recording secretary of national WMU.

She is the author of “Out of Exile: Fannie Heck & the Rest of the Story,” “Bless God and Take Courage: The Judson History and Legacy,” “Her Way: The Remarkable Story of Hephzibah Jenkins Townsend,” “The Extraordinary Story of Ann Hasseltine Judson: A Life Beyond Boundaries,” “We’ve a Story to Tell: 125 Years of WMU,” and other books and articles.

“Guided by Grace” is available at RosalieHallHunt.com and at major online booksellers, including BarnesandNoble.com and Amazon.com.