Bobby Richardson played baseball for the New York Yankees during the golden years of the dynasty. He retired from baseball at age 31 and shortly thereafter became the first full-time baseball coach at the University of South Carolina, establishing a winning tradition that continues to the present. The key to his outstanding career, his marriage of 60 years and his witness for Christ has been his Christian faith.

Bobby met his wife, Betsy, at Grace Baptist Church in Sumter. She sat on one side of the church with her mother, and he sat on the opposite side with the youth group. They noticed each other, and each thought the other was attractive.

On the day Bobby graduated from high school, he signed a professional baseball contract with the Yankees, even though he was offered contracts from 12 major league teams and scholarships from two large universities. As a boy, he dreamed of playing for the Yankees after he saw “The Pride of the Yankees,” a movie that told the inspiring story of Lou Gehrig. Years later, in 1962, Richardson won the Lou Gehrig Award, which honors the player who best exemplifies Gehrig’s character both on and off the field. 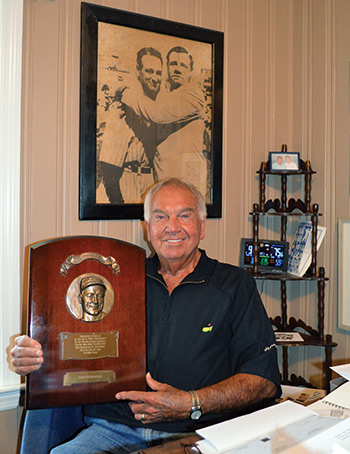 Richardson with a plaque honoring him for winning the 1962 Lou Gehrig Award. Framed above him are Yankee greats Gehrig and Babe Ruth.

After a brief trip to New York, Bobby was playing minor league ball in Denver, Colo. He and Betsy continued to write to each other and, in their words, “got to know each other better.” They wanted to get married, so he asked manager Ralph Houk for permission to come to South Carolina and marry Betsy. Houk agreed, and Mr. and Mrs. Richardson returned to Denver a week later. Betsy was almost 16, and he was 20. They celebrated their 60th anniversary in June, but their journey has not been without struggles.

After returning to Denver and moving Betsy into their apartment, Bobby left the next day for a 17-day road trip with the team. The new bride was left alone in an unfamiliar city. She said, “It just about killed me when he left. I loved him so much. While he was gone, I felt real fear for the first time, and I did not sleep that first night.” Break-ins had been reported in the area where they lived, and she noticed a large man walking up and down the street in front of their apartment. She says she overcame her fear by “reading the Bible and trusting the Lord.”

“I was so naive,” she said. “I didn’t know how to cook many things, but I had a recipe for apple crunch that I thought he liked.” After serving it six days in a row, Bobby invited her to sit on his lap. She added, “He had a hard time getting out what he wanted to say, but he finally said, ‘I hate that apple desert.’ ” He admitted he liked it for awhile, but after six consecutive days, he had “had enough.” 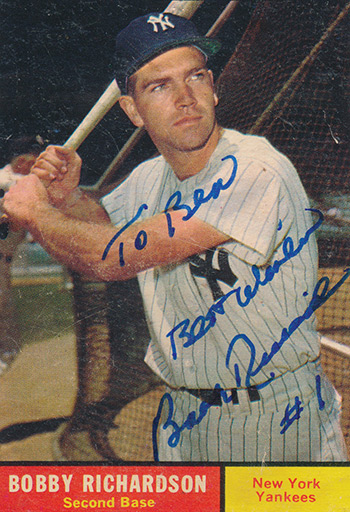 Adjusting to being the wife of a professional baseball player was difficult for Betsy, and she struggled with depression. She knew she would have to share her husband with the public because of his life in baseball, but she had not anticipated the feelings she would encounter. “We had lots of struggles related to his profession. We are opposite temperaments, so it is a miracle we have stayed together,” she laughed.

While she battled depression, he had some anger issues that were expressed as sarcasm. Bobby admitted it, and Betsy added, “Sometimes he would be sarcastic and I would get mad at him, but I could not stay mad at him very long.”

Bobby retired from baseball in the prime of his career at age 31. By this time, the couple had four children, and their schedule was challenging. During the year, the family lived in Florida (for spring training), New Jersey and Sumter.

Bobby wasn’t able to spend as much time with his children as he wanted, and Betsy often filled the role of both parents. “People saw our children play sports and assumed they benefitted from having a major leaguer to work with them at home,” Bobby said. “They would be stunned to know how many times it was actually their mother throwing a ball with them in the yard or shooting baskets with them because their father was not at home.” 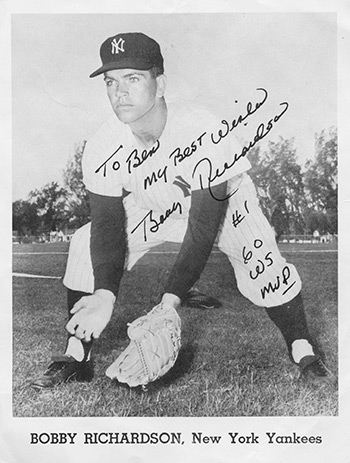 Why did he retire at 31? “I wanted to take the kids to school, help them with homework and watch or help coach their teams,” he noted.

He and shortstop Tony Kubek both decided they would retire at the end of the 1965 season. Richardson was asked to play one more year and accept a special position for four more years at $15,000 a year. Houk, who was then the manager of the Yankees, told him he would not have to do anything.

On Sept. 17, 1966, he became the 10th Yankee to be given a special day at Yankee Stadium. The team did not do well that year, and toward the end of the season attendance had fallen to around 10,000 people a game. On “Bobby Richardson Day,” 20,000 fans showed up, George Beverly Shea sang “How Great Thou Art,” and Bobby addressed the stadium crowd. He said, “How lucky it has been for me to have been a Yankee. To God be the glory.” Later, his mother-in-law good-naturedly reminded him that “we are not lucky, we are blessed.”

In 1970, Richardson became the first full-time baseball coach for the University of South Carolina. The Yankees have been identified by their pinstripe uniforms for years. Richardson said, “One of the first things I did was put pinstripes on the uniforms.” In 1974, the team made its first appearance in the NCAA tournament. In 1975, the Gamecocks went to the College World Series, losing to Texas in the championship game. 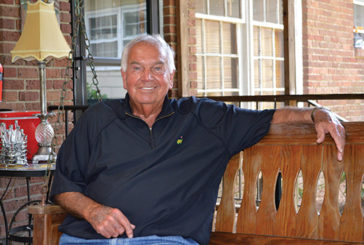 Richardson relaxing on his porch swing in Sumter.

Richardson says his assignment was to “put Gamecock baseball on the map.” He brought a mediocre program into national prominence and established a winning tradition that continues to the present, including 30 regional and 11 College World Series appearances, four national runners-up and two national championships. He is warmly regarded as the Father of Gamecock Baseball.

When he left the Yankees and became the coach at Carolina, general manager Lee MacPhail told him, “When you get settled, give us a call, and we will bring the Yankees to play your ball club.” In 1974, Richardson called in the favor. There was one problem: The Yankees and Mets were traveling north together from spring training. Both agreed to come. The Gamecocks played the Yankees for three innings and the Mets for three innings, and the Mets and Yankees played a full nine-inning game. Yogi Berra was the manager of the Mets. Richardson said, “We had somewhere between 12,000 and 15,000 people in attendance. That helped boost our program more than anything.”

Richardson left USC following the 1976 season and coached for two years at Coastal Carolina and five seasons at Liberty University. He has spoken at five Billy Graham crusades and continues to share God’s Word in churches and other venues throughout this country. He is a member of the South Carolina Hall of Fame.

Betsy and Bobby have five children, all of them in some type of ministry, including two sons who are pastors. They have 15 grandchildren and three great-grandchildren, with two more due by the end of the year.

Richardson will turn 81 in August and offered this insight: “Betsy and I want to finish strong.”